Iron Transport and the Role of CD71

Iron plays a vital role in most organisms due to its ability to catalyze electron transfer, a vital part of metabolic reactions in the mitochondria during the production of energy. Additionally, in mammals iron is a key component of hemoglobin, allowing the transport of oxygen to tissues via red blood cells. Free iron is potentially toxic due to its ability to catalyze the generation of damaging free radicals. For this reason, iron is usually bound to proteins as part of heme groups or iron-sulphur centres for functional activity. Non-functional iron is bound to carrier or storage proteins, but may be more loosely attached to other proteins in a labile form. The careful control of iron distribution in humans not only regulates availability and toxicity, but also plays a role in the immune response. During infection the body sequesters available iron to prevent its use by invading bacteria, significantly limiting their ability to grow and multiply.

One of the key controllers of iron transport into cells is CD71, also known as transferrin receptor 1. Figure 1 summarizes its role in transporting iron from tissue fluid or plasma into the cell.  “Free” iron, in the form of Fe(III) binds to transferrin, which itself becomes a ligand for membrane-bound CD71. The Fe(III)-transferin-CD71 complex is then endocytosed into an endosome which is acidified through the action of ion pumps. Within the acidic environment, the complex dissociates into its component parts. CD71 and transferrin are recycled back to the surface, while Fe(III) is reduced to Fe(II) through the activity of the metalloprotease STEAP3. Fe(II) can then be exported from the endosome by the protein DMT1 (divalent metal transporter 1). Within the cytoplasm the Fe(II) may  associate with ferritin and be stored for future use; processed in the mitochondria for the synthesis of heme groups and Fe-S compounds; or released back into the extracellular environment through the action of ferroportin. The release of Fe(II) by ferroportin is negatively controlled by the hormone hepcidin from the liver, for example during inflammation to limit iron availability to pathogens. The released Fe(II) iron can then be converted back to the Fe(III) form by plasma proteins such as ceruloplasmin. 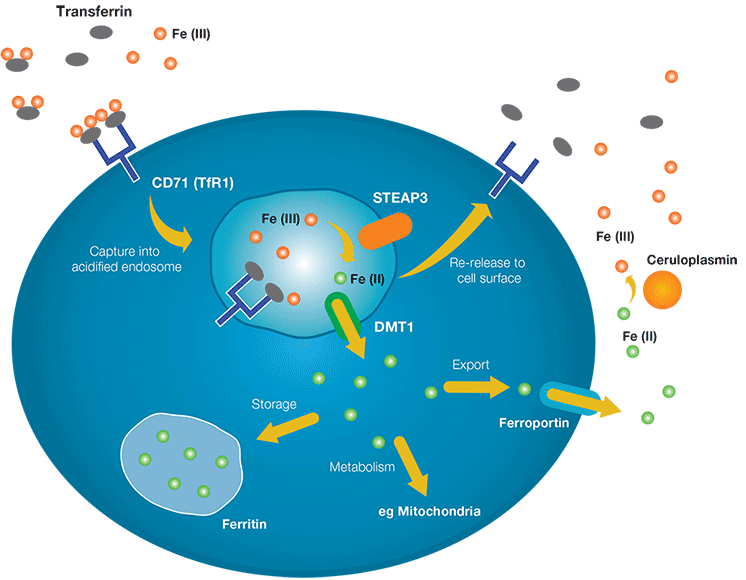 Fig. 1. The role of transferrin receptor 1 in iron transport into cells.

Bio-Rad sells a range of antibodies against proteins involved in iron homeostasis.

Rat Anti-Mouse CD71 Antibody, clone 8D3 recognizes mouse CD71, a 763 amino acid ~95 kDa single pass type II transmembrane glycoprotein cell surface, otherwise known as the transferrin receptor. CD71 is expressed on cells from the erythroid lineage but lacking from the majority of mature erythrocytes. The clone 8D3 recognizes native, soluble and denatured forms of murine CD71. Binding of the 8D3 antibody to CD71 does not interfere with the uptake of iron into cells. Rat Anti-Mouse TER-119/Erythroid Cells Antibody, clone TER-119 recognizes TER-119 also known as Ly-76. The TER-119 clone detects a 52 kDa protein that is associated with cell surface expressed glycophorin A. TER-119 is an erythroid-specific antigen expressed from the early proerythroblast through to the mature erythrocyte stage. This antigen is also expressed to a lesser extent on 20-25% of bone marrow cells and 2-3% of spleen cells. These key markers have been used together in flow cytometry (Figure 2) to show CD71 required for FE import to synthesize hemoglobin in TER-119 positive proerythroblasts.