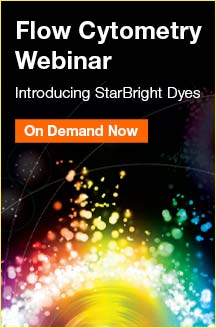 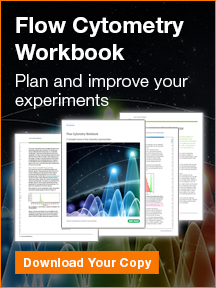 These have now also been included in our spectraviewer and panel builder, to help you choose the best fluorescent dyes for your experiment. Find StarBright Dye conjugated antibodies below. 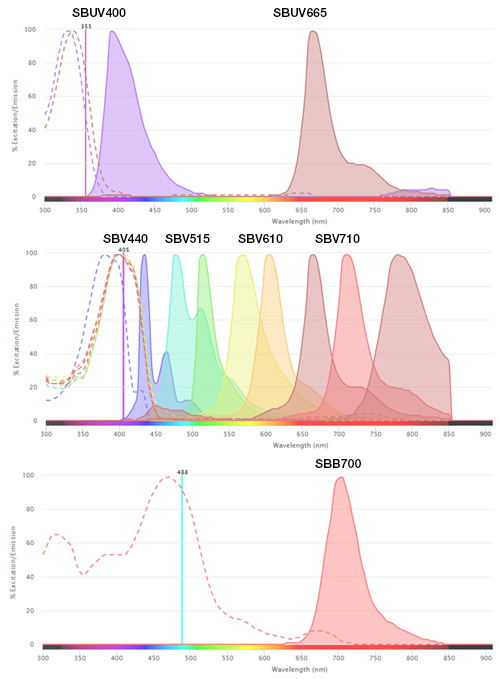 Fig. 1. Excitation and emission spectra of StarBright Dyes. These dyes are conjugated to our highly validated flow antibodies.

StarBright Dyes are generated from different monomers, modification of the polymerization process produces exacting excitation and emission characteristics with maximal brightness. The resulting brightness allows better resolution of rare populations and low-density antigens, while the optimized excitation and emission profiles allow flexibility to fit into any multicolor flow cytometry panel.

StarBright Dyes are conjugated to our highly validated flow antibodies. Figure 2 below shows how the StarBright Violet 515 Dye compares to PE, one of the brightest dyes used in flow cytometry, and to fluorophores with similar excitation and emission profiles. 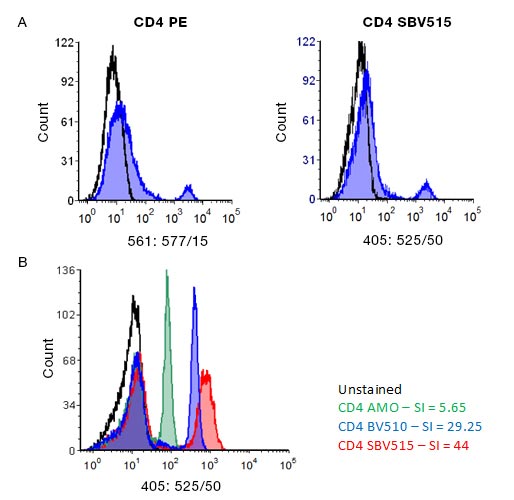 Easy Integration into Your Experiments

StarBright Dyes easily fit into your existing protocols and panels. They are compatible with most staining protocols, work in virtually all buffers with no loss in performance, and do not require any special buffers (Figure 3A). They can be combined with other StarBright Dyes (Figure 3B), organic fluorophores (Figure 3C), protein based fluorophores, and polymer dyes (Figure 3D) without the need for special staining protocols. Furthermore, they work in special polymer buffers without a drop in performance, so can fit into existing experiments. 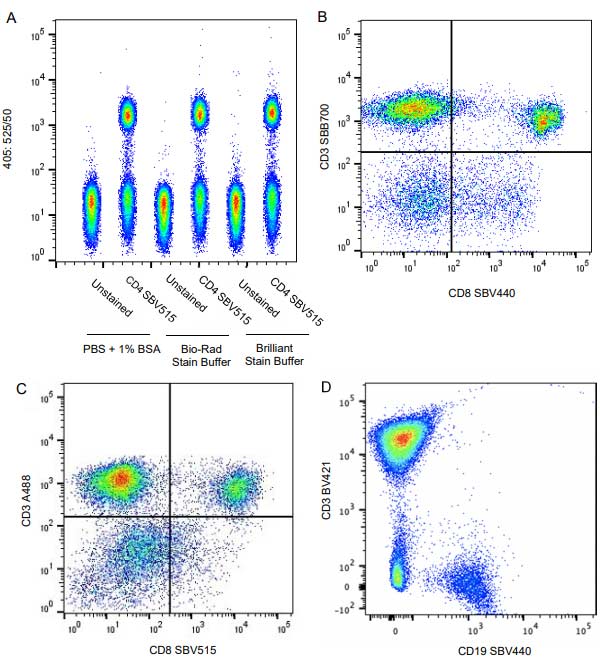 Compatible with All Instruments

StarBright Dyes have been developed on the ZE5 Cell Analyzer but can be used on any instrument with the right lasers and filters, including cell sorters. In addition, they work in full spectrum flow cytometry giving comparable results to conventional flow.

Confidence in Your Results

StarBright Dyes, unlike some polymer and other dyes, are not traditional tandem dyes and therefore exhibit less cross-laser excitation, seen from the acceptor dyes in tandem dyes, due to insufficient FRET. They are resistant to photobleaching, stable without loss of performance over time, and have high lot-to-lot reproducibility. Furthermore, they can be fixed with no loss of signal.

As can be seen in the panel (Figure 4), where multiple monocyte and T cell populations can be identified in human peripheral blood, StarBright Dyes are an excellent choice for immunophenotyping.

To help you get the same reproducible results in your experiments, refer to the StarBright Dyes staining protocol. The protocol has been developed on peripheral blood and may need to be adapted to your specific cells and experiment. 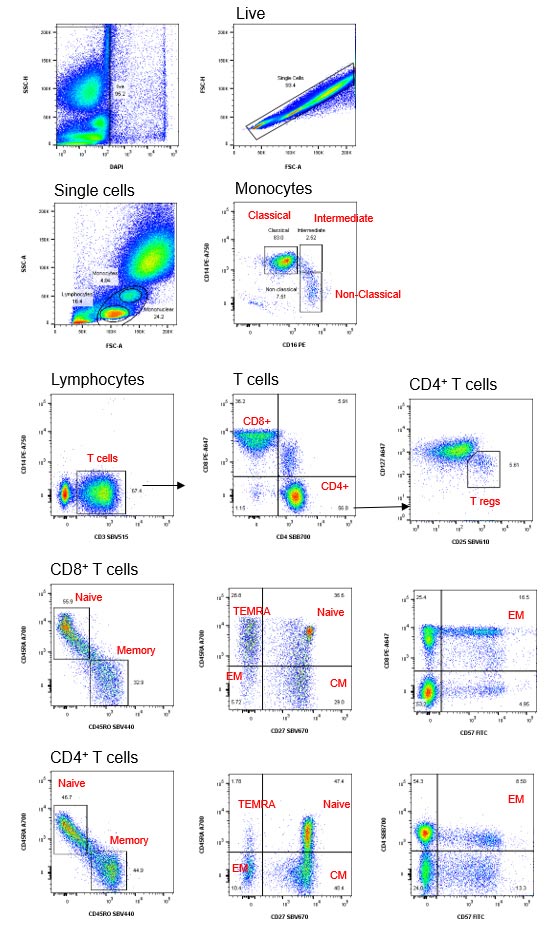 StarBright Dyes allow you to build brighter flow cytometry panels, giving you better resolution of difficult populations without the need for special buffers. Click on the links below to find out more on each StarBright Dye.

Click here for more information on all of our StarBright Dyes and how they can fit into your flow cytometry experiments.

For more information about fluorophores and immunophenotyping, refer to our flow cytometry resources.

Click on the links below to find out more in-depth information on each topic and view our popular flow cytometry basics guide.