CD3 - The Marker the Antibodies

CD3 is a member of the immunoglobulin superfamily and acts as a mediator of signal transduction. It is a multimeric protein composed of four distinct polypeptide chains (ε, γ, δ, ζ). Each of these chains contain immunoreceptor tyrosine activation motifs (ITAMS) which are required for initiation of signaling cascades, as they recruit protein tyrosine kinases, signaling intermediates and adapter molecules. CD3 is expressed by a high-percentage of circulating peripheral T cells forming a complex with the T cell receptor (TCR). As CD3 is present at all stages of T cell development, it is a highly effective T cell marker. Read our CD3 mini-review for detailed information on CD3 including its structure alongside that of the TCR, the genes involved in its expression, its function and the signal transduction pathways mediated by the CD3 complex.

For more information about T cells refer to the following resources available:

Here we look at anti-CD3 clones and their recommended applications. 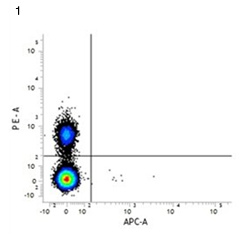 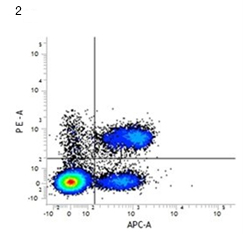