Products for the Analysis of Signal Transduction Pathways

Growth factors are protein signaling molecules that play crucial roles in the regulation of numerous cellular processes such as proliferation, differentiation, and survival (Carrasco-García et al. 2014).

Binding of a growth factor to its respective receptor tyrosine kinase (RTK) leads to activation of RTK kinase activity. Typically ligand binding induces receptor dimerization, however some RTKs, like the insulin growth factor receptor (IGF1), exist as dimers in their inactive state (Lemmon and Schlessinger, 2010).

As a result of RTK activation, downstream signaling targets are phosphorylated leading to signal transduction via a number of signaling pathways. For example, activation of the epidermal growth factor receptor (EGFR) activates signaling cascades including Ras-MAPK, PI3K/Akt (Wee and Wang 2017) and Jak/STAT pathways (Andl et al. 2004).

Some of the major growth factor families include:

The median effective dose (ED50) was determined, this represents the concentration of the growth factor required to achieve the half-maximal proliferative response in a cell based assay. 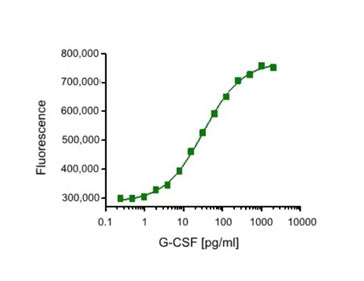 Find out more about alamarBlue, including protocols and FAQs.