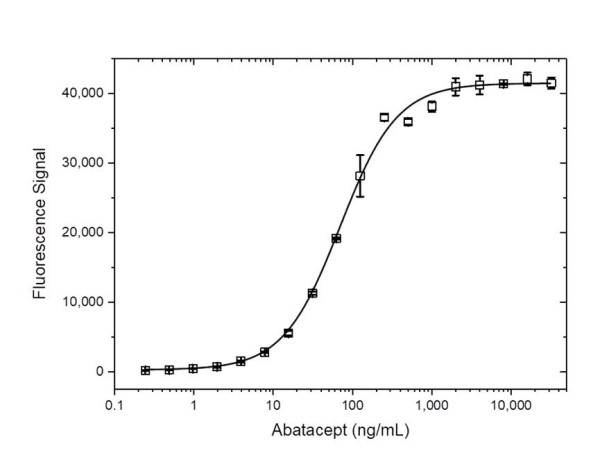 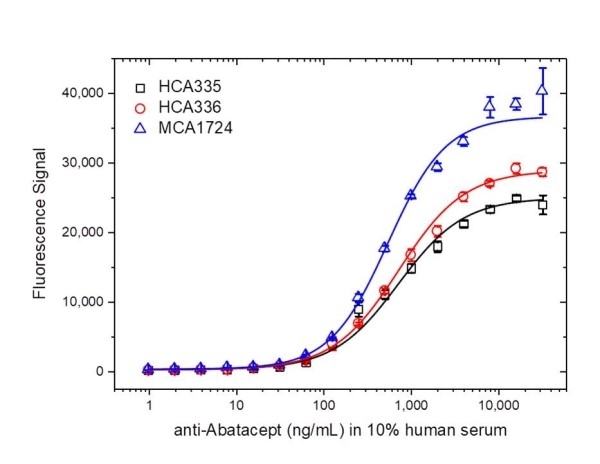 The cytoplasmic domain of CD152 contains a critical tyrosine at residue 201 phosphorylated by Janus Kinase 2 which subsequently controls surface expression through regulation of CD152 interaction with AP-2 (Shiratori et al. 1997, Chikuma et al. 2000). CD152 is expressed primarily as an intracellular antigen with transport to the cell surface under tight regulation of several molecules including Trim, PLD and TIRC7, CD152 also demonstrates rapid internalization once expressed at the cell surface (Valk et al. 2008). CD152 plays a significant role in maintaining tolerance to self antigens and defects in CD152 presentation and expression has been implicated in a number of autoimmune diseases (Romo-Tena et al. 2013).

This antibody can be used to develop a pharmacokinetic (PK) bridging assay to measure free fusion protein drug abatacept. It is recommended as the capture reagent, paired with human anti abatacept antibody HCA335 as the detection antibody.

Abatacept (Orencia) is a recombinant fusion protein consisting of the extra-cellular domain of human CTLA-4, fused to the modified Fc (hinge, CH2, and CH3 domains) portion of human IgG1.

Storage
Store at +4°C. DO NOT FREEZE.
This product should be stored undiluted. Should this product contain a precipitate we recommend microcentrifugation before use.
Guarantee
12 months from date of despatch

Flow Cytometry
Use 10ul of the suggested working dilution to label 1x106 cells in 100ul.
ELISA
Clone BNI3 can be used as the capture antibody in a bridging ELISA with HCA335 as the detection antibody. 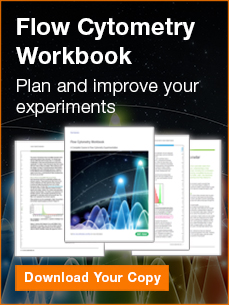