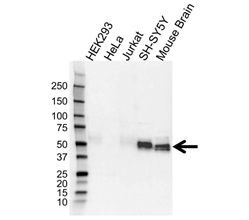 Neuroinflammation, as its name indicates, is the inflammatory response within the brain or spinal cord. While it primarily carries out a protective function in the brain, once it reaches chronic levels neuronal damage ensues. Alzheimer's disease (AD) is an example of excessive neuroinflammation.

This process is driven by the immune cells of the central nervous system (CNS); these are the resident microglia and astrocytes, and endothelial cells. If the blood brain-barrier (BBB) has become compromised through prolonged and systemic inflammation, peripherally derived immune cells can also enter the brain. Cytokines, chemokines, reactive oxygen species, and other secondary messengers are the mediators of neuroinflammation.

Microglia are an ontogenically distinct population, separate from the peripheral mononuclear phagocyte system. Embryonic yolk sac myeloid precursor cells migrate to the future CNS area around day 8.5 of development (Ginhoux et al. 2010). They share the same progenitor as long-lived tissue macrophages (Alliot et al. 1999). This makes microglia long lived cells that are not replaced by emigrant myeloid cells from the bone marrow but can be generated from nestin-positive cells in the CNS that differentiate into microglia (Ajami et al. 2007, Elmore et al. 2014). This low turnover, characteristic of microglia, has been suggested to make them liable to a stress or damage induced proinflammatory profile. However, under pathological conditions peripheral monocytes/macrophages can infiltrate the CNS and amplify the deleterious neuroinflammatory response.

Microglia have been assigned wide ranging functions from embryonic development to adult homeostasis, as well as a range of pathologic profiles. How they manage these contrasting functions has not been fully resolved. It is not only during development that microglia modulate neuronal numbers using cell death (Antony et al. 2011, Tong and Vidyadaran 2016) and proliferation and survival support (Ribeiro Xavier et al. 2015), but they also promote (Rogers et al. 2011) and repress (Vukovic et al. 2012) neurogenesis in the adult brain. In the latter, this is achieved via the chemokine fractalkine (CX3CL1) binding to the CX3C chemokine receptor 1 (CX3CR1) on microglia to promote neurogenesis. When CX3CL1 levels decline, for example in advancing age, neurogenesis is inhibited.

Microglia regulate the number of synapses in the developing and adult brain by either stripping (Kettenmann et al. 2013) or stabilizing (Ikegami et al. 2019) dendritic spines and inhibitory synapses. It is thought that distinct mechanisms exist for these two processes (Parkhurst et al. 2013, Vilalta and Brown 2018).

Additionally, there is cross-talk between microglia and astrocytes leading to cross-regulation of functions by these two CNS cell types (Jha et al. 2019). Data suggest that, at least in the case of traumatic brain injury (TBI), microglia, by downregulating expression of the P2Y1 purinergic receptor, transform reactive astrocytes into a neuroprotective phenotype (Shinozaki et al. 2017). Other work has implicated microglia in angiogenesis (Zhao et al. 2018), and put forward that dysregulation of microglia results in neurovascular dysfunction which promotes Alzheimer's disease (AD) (Singh-Bains et al. 2019). This leads to the strong suggestion that that microglia exist as distinct subclasses (Table 1, modified from Stratoulias et al. 2019).

In AD, not only the neuronal component contributes to the disease, but the immune system also drives the pathology. Neuroinflammation, caused by Aβ plaques and tau tangles, is just as damaging to the brain as the filaments themselves (Zhang et al. 2013). The involvement of the immune compartment is also shown by the association of a TREM2 variant and CD33 with AD. For TREM2, the association is linked to a reduced function mutant (Guerreiro et al. 2013), and conversely for CD33, the increased expression links to AD (Griciuc et al. 2013).

Bio-Rad has a long and successful track record as a supplier of innate immune system antibodies with a focus on inflammation. Discover Bio-Rad's antibody offering for immunology and neurological diseases.