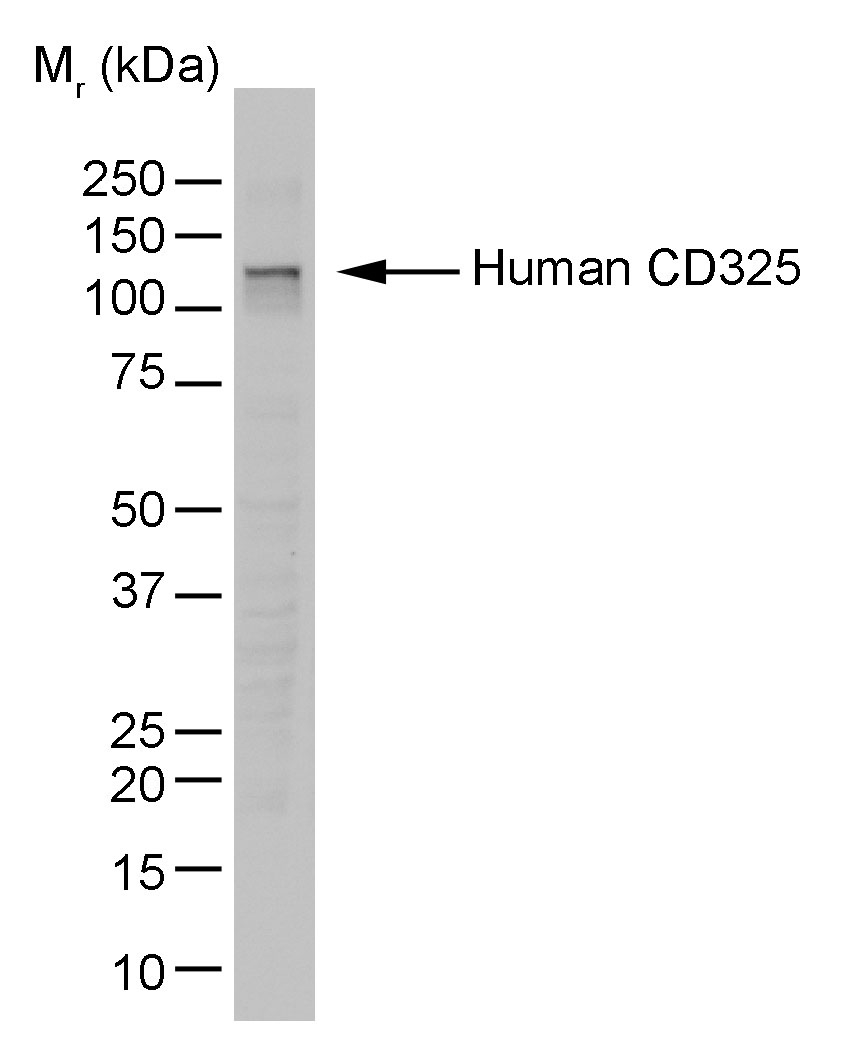 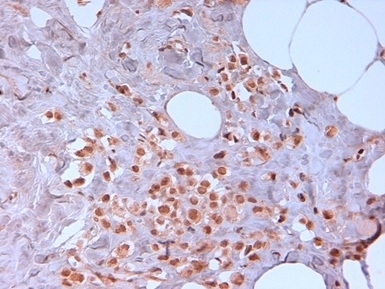 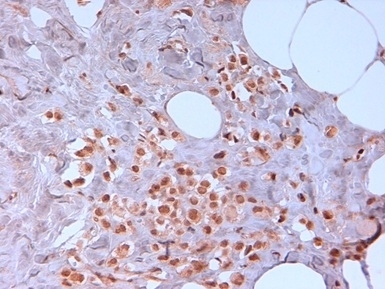 Mouse anti Human N-cadherin antibody, clone 13A9 specifically recognizes neural cadherin, otherwise known as CD325, a calcium dependent cell-cell adhesion glycoprotein, and member of the cadherin superfamily, which links to the actin cytoskeleton via catenins, and plays a role in cell-matrix adhesion, cell growth and differentiation, and the establishment of left-right asymmetry.

N-cadherin is expressed by neurons, endothelial cells, muscle cells, and stem cells, and is one of the primary cadherins recruited to the site of neuronal synapse formation. N-cadherin is directly involved in the differentiation of early hematopoietic progenitors, and is commonly expressed by cancer cells, playing a role in transendothelial migration and metastasis, through the up-regulation of the src kinase pathway, and subsequent failure of the intercellular connection between two adjacent endothelial cells.

Mouse anti Human N-cadherin antibody, clone 13A9 studies  have demonstrated that expression levels of E-Cadherin and N-Cadherin have a role to play in the invasive properties of breast cancer. Decreased levels of E-cadherin and loss of E-cadherin-mediated adhesion, can result in the transition of a benign epithelial tumor to an invasive tumor, and increase invasiveness, whilst the expression of N-cadherin correlates with motility, invasiveness and tumor metastasis, irrespective of the presence of E-cadherin (Nieman et al. 1999).

Mouse anti Human N-cadherin antibody, clone 13A9 has been shown to be specific for N-cadherin, and does not recognize E-cadherin, M-cadherin or P-cadherin (Knudsen et al. 1995). Immunohistological studies have shown that clone 13A9 can be used as a reliable marker for the differential diagnosis of pleural mesotheliomas and lung adenocarcinomas, when used in conjunction with E-cadherin (Han et al. 1997).

Storage
Store at +4oC or at -20oC if preferred.

This product should be stored undiluted.

Storage in frost free freezers is not recommended. Avoid repeated freezing and thawing as this may denature the antibody. Should this product contain a precipitate we recommend microcentrifugation before use.

Guarantee
18 months from date of despatch.