Mouse Fc receptors can be classified as either activating (FcRI, FcRIII & FcRIV) or inhibitory (FcRIIB) based on their ability to activate or inhibit cellular processes such as phagocytosis, antigen presentation, the production of reactive oxygen species and cytokines and antibody dependent cell mediated cytotoxicity (ADCC).

Macrophages, monocytes, dendritic cells, mast cells and granulocytes express both activating and inhibitory Fc receptors. Recent studies in xeno-transplanted mouse models have suggested that the interaction of Fc receptors with certain therapeutic antibodies (Rituximab & Alemtuzumab) is critical to their function. 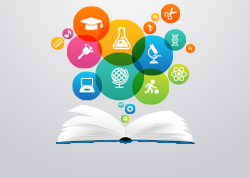 CD64 (FcRI) is a high affinity receptor for monomeric IgG2a and a low affinity receptor for IgG2b and IgG3 type antibodies. IgG binding to FcRI initiates a signaling cascade that involves the common gamma chain and leads to cellular activation. FcRI has been shown to be expressed on monocyte derived dendritic cells.

CD32B (FcRIIB) is a low affinity receptor for IgG1, IgG2a and IgG2b type antibodies. Unlike other Fc Receptors, the intracellular domain of CD32 contains an immunoreceptor tyrosine-based inhibitory motif (ITIM) that can antagonize signal transduction mediated through other activatory receptors. FcRIIB is expressed on all myeloid populations and on B cells.

CD16 (FcRIII) is a low affinity receptor for IgG1, IgG2a and IgG2b. FcRIII is the only activatory Fc receptor for IgG1. As in other activatory receptors, IgG binding to FcRIII initiates a signaling cascade that involves the common gamma chain and leads to cellular activation. FcRIII is expressed on most myeloid cells including monocytes, macrophages and dendritic cells and also on Natural Killer (NK) and NKT cells.

CD16-2 (FcRIV) is a high affinity receptor for IgG2a and IgG2b type antibodies. FcRIV has no affinity for IgG1 or IgG3 and therefore has unique subclass specificity when compared to other Fc receptors. FcRIV is expressed on monocytes, macrophages and neutrophils.