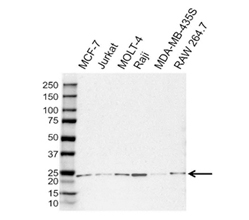 Friedreich’s ataxia (FRDA) is an inherited autosomal recessive neurodegenerative disease characterized by impaired speech, walking difficulties and accompanied by loss of sensation in the arms and legs. On a cellular level, FRDA is caused by decreased expression of frataxin.

Frataxin, a mitochondrial protein, has not been assigned a specific functional role, but there is some consensus that it takes part in the synthesis of iron–sulfur clusters (Fe/S), which are important for the activity of several mitochondrial enzymes and the mitochondrial respiratory chain. In FRDA, the frataxin gene has increased (GAA)n repeats (Campuzano et al. 1996) in the first intron which are highly unstable (Sharma et al. 2002).

Some of the primarily affected neurons in FRDA are the dorsal root ganglia of the spinal cord, which can be more than 1 m long. These run from the peripheral sensory endings through the sensory nerves and the posterior columns of the spinal cord, up to the medulla oblongata. Within the dentate nucleus, the large glutamatergic neurons suffer progressive and selective atrophy. The neurologic damage is exacerbated by hypertrophic cardiomyopathy in most patients and glucose intolerance frequently leading to type 2 diabetes (Koeppen and Mazurkiewicz 2013). One suggested mechanism to account for the cellular damage is that frataxin deficiencies lead to increased susceptibility to ferroptosis (Turchi et al. 2020, Du et al. 2020).

The frataxin gene codes for a 210 amino acid precursor protein of 23 kDa with an N-terminal sequence that is needed for transport into mitochondria. There the protein is further cleaved to yield a 19 kDa intermediate form and finally the 17 kDa mature protein (Condo et al. 2007, Schmucker et al. 2008).

Bio-Rad supplies a polyclonal Rabbit Anti-Frataxin Antibody as part of its Precision Antibody range that has been extensively validated against a panel of standard cell lysates for use in western blotting. This antibody is directed against the C-terminal segment of human frataxin and the lysates show a consistent detection of the precursor form of frataxin in western blotting.