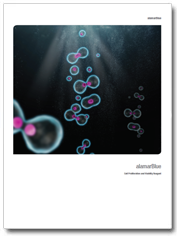 When added to dividing cells, the thymidine analog 5-bromodeoxyuridine (BrdU) can be specifically incorporated into newly-synthesized DNA as 5-bromouracil (Figure 1). This incorporation happens during the S phase of the cell cycle, when cells are synthesizing new DNA. Subsequent detection of BrdU, using highly specific antibodies, enables researchers to identify dividing cells.

Knowing the cross-reactivity of your anti-BrdU antibody is critical when performing double-labeling experiments with BrdU and other nonhalogenated thymidine analogs, such as 5′-ethynyl-2′-deoxyuridine (EdU).

Fig. 1. BrdU can be specifically incorporated into newly-synthesized DNA as 5-bromouracil.

Bio-Rad’s PrecisionAb Anti-BrdU Antibodies have been tested for cross-reactivity with thymidine and other thymidine analogs (Table 1). They have also been extensively tested for suitability in specific applications including flow cytometry and fluorescent immunocytochemistry. 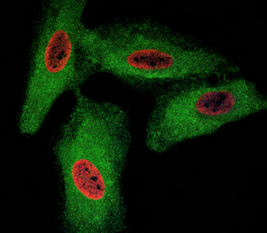 Visit the BrdU resources page, for the full range of anti-BrdU antibodies as well as protocols, tips and tricks, articles, and podcasts to help you with your BrdU labeling experiments.