ErbB family members play an important role in the development and malignancy of various human cancers (Mishra et al. 2017). Kinase mutations and/or overexpression of the receptor can result in deregulation in signaling networks; understanding the precise roles of the EGF R-mediated signaling pathways is crucial for translating these findings into new cancer therapies.

We have compiled key proteins involved in the EGF R signaling pathway into one handy poster you can download for your reference. 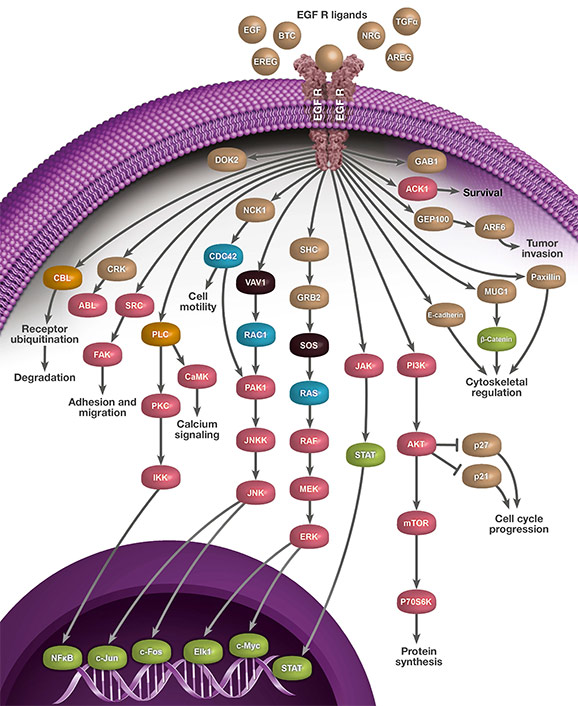 Browse our range of antibodies against targets involved with EGF R signaling below.